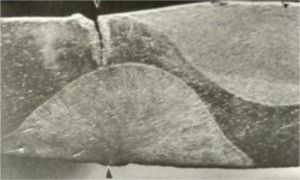 Structures or assemblies might be subjected to static [typically pressure and thermal among environmental] and cyclic loading during service, accumulating irreversible damage due to degradation of the material in response to alternating or non-alternating stress.

In particular, cyclic loading can lead to the initiation of cracks, which may propagate resulting in sudden failure of the structure at stress amplitudes lower than the tensile yield strength of the material. This mode of failure can be predicted assuming conservative rules with the combined use of the Finite Element Method (FEM) and fatigue theory. Different types of loads can lead to fatigue failure. Temperature and pressure oscillations are usually included in the design specification of vessels together with other mechanical loading oscillations.

Technical relevant standards propose a clear methodology to conduct calculations including stress and fatigue failure prediction. In particular, ASME VIII-2 and PD-5500 are widely used for these purposes. Standards and codes also provide the input needed to post-process the stress distribution calculated by the FEA method.

The fatigue analyst of a pressure vessel must pay extra attention to some geometric features like welds, bolting and attachments as these detailed areas will probably be the ones limiting the fatigue useful life of the entire system. The use of codes will aid the analyst in this matter as standards normally provide a set of curves (S-N curves) that include the information gathered after numerous tests of specimens containing welds and other features similar to those under consideration.

The relevant code to be used as guideline for the stress assessment will be EN-13445, ASME DIV 2 Sec VIII, AD-2000. Different modes of failure have to be evaluated on top of fatigue depending on clients requirements.

• Instability (I), with large displacements (buckling)

• Fatigue (F), with alternating plasticity (AP) and with high cycle fatigue, i.e. fatigue with and without macroscopic material yielding